I’ve always been a bit of an idealist.  Added to that I believe that a policy is there to be complied with.  As a result I’ve often found myself at odds with more pragmatic and non-compliant colleagues – why am I telling you this?  Well, it because of the news yesterday that Gary Cohn has quit his very important job at the White House seemingly because he had lost the argument over trade barriers. 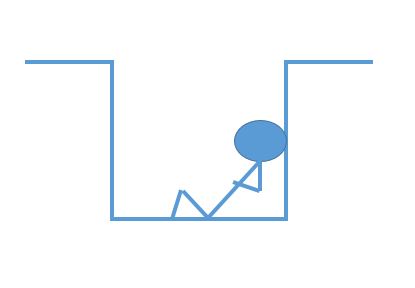 It jogged a memory, from nearly 20 years ago, when I was complaining to my then line manager, Richard, about the Company’s senior managers’ ignoring my advice and choosing to do something (I thought) stupid instead.  Richard, a very traditional chap with a military background, said to me ‘Is it worth dying in a ditch over?’ which I’ve always assumed is a First World War trenches metaphor.

What he meant was, is this something that’s so important that I should risk my career by challenging, or should I just suck it up and live to fight another day.  Not only did I choose to suck it up at that point, ever since, when I’ve felt the indignation rise within me, I’ve heard Richard say ‘Is it worth dying in a ditch for?’  Usually it’s not, and when it is I give it 24 hours to sink in then think about it again.

There haven’t been that many ‘ditch moments’ for me in the last 20 years, I guess Gary Cohn decided that steel and aluminium tariffs was one for him.

💥Want that “I've just aced that interview” feeling?💥
Fed up of “foraging” around for resources to help your careers?
#DisabilityPrideMonth aims to change the way people think about and define "disability" - To break down and end the internalised shame among people with Disabilities - To promote the belief in society that Disability is a natural part of human diversity in which people living with Disabilities can take pride.
Free analytics software, free training, employable graduates. The @Qlik #Academic Program is open to all university students. Sign up today to explore the resources and get prepared for the data-driven workplace - Sign up via the link in bio ⬆️⬆️
It’s #DisabilityPrideMonth – did you know Disability Pride has had its own flag since 2017? This month people are asked to accept that disability isn’t a bad thing; it is a natural part of life and should be celebrated. Share with us what you think it means to be a better ally on Disability Pride?
#Tokyo2020 #Olympics kick off today - Good luck to all the athletes in #TeamGB - Remember as you watch the athletes compete - all the hard work, resilience and practice that got them there.